A Triumph of Genius is a well-researched and written book that presents a comprehensive biography of Edwin Land and highlights the important role that the Polaroid company held in photography from the 1940s until the 1990s. The author has undertaken extensive research and has brought this information together to tell an important story with an accessible writing style. The book will appeal to photographic historians but will also have a wider resonance for those interested in business history, management theory, and history of science.
Dr. Michael Pritchard FRPS
Director-General, The Royal Photographic Society

Ron Fierstein gives us a front-row, blow-by-blow narrative of one of the most significant legal cases in the history of innovation. Edwin Land's crushing account of the originality and validity of his instant photography inventions may be the most notable such testimony since Alexander Graham Bell's defense of his telephone patents in 1878 and 1891. Here, the law serves as a prism through which to see the scientific revolution that drives our times.
Victor McElheny, Visiting Scholar, MIT Program in Science

There is no other book about Polaroid like it.  Ron Fierstein had a front row seat at one of the 20th century's defining legal battles, Polaroid v. Kodak, and he tells that story from an insider’s perspective in fascinating detail.  Not only does it provide new insights on Edwin Land and Polaroid but it also helps explain how the courtroom has come to exert such tremendous influence over corporate R&D and industrial innovation today.
Deborah Douglas
Director of Collections, MIT Museum

Edwin Land was a multi-faceted genius, and his Polaroid was a quintessential American success story. With great skill, Ron Fierstein tells the full story of the company's epic court battle with Kodak for the first time--a sobering tale with many lessons for 21st-century entrepreneurs.
Harry McCracken
Technologist 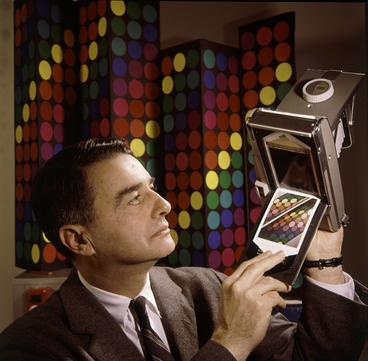 Early Reaction to the book:

​A really wonderful book!  This is a great adventure story. Actually two of them. In the first one, Ron Fierstein tells the personal history of the pioneering inventor Edwin Land and of the company he built, Polaroid. Polaroid was very much a household word in most of the world until the advent of digital photography. Prior to Land and Polaroid it was unthinkable that you could “get your pictures back” in a matter of seconds. Fierstein tells the true-life business, scientific, and personal story with the skill of a master novelist. He also tracks, as the second story, the fifteen-year patent infringement case brought by Polaroid against Kodak, from the beginning to its successful (for Polaroid) conclusion, through a succession of federal judges in the Boston trial court and many trips to the court of appeals in Washington. The story of that litigation is told in a style easily accessible to non-lawyers and lawyers alike. Fierstein brings the legal story to life in such a way that at the end the reader actually senses huge the emotional strain that such a long, fierce, and persistent battle entailed for those participating in it.