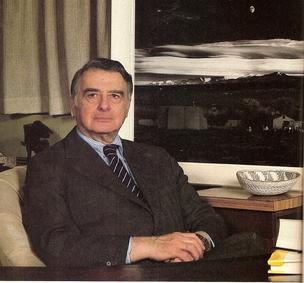 When Kodak entered the instant photography market in 1976, Polaroid sued for patent infringement in a case that lasted 15 years. Fierstein, whose work on Polaroid's legal team throws his objectivity into question, provides a blow-by-blow account of the case, as well as its extensive backstory. American law enthusiasts will admire Fierstein's meticulous research and analytical prose; the relentless barrage of details, however, is sure to overwhelm lay readers. (Feb.)

During a period of significant experimentation, Polaroid partnered with Eastman Kodak Company to produce film for its cameras. The friendly rivalry continued for years but slowly eroded as Polaroid's instant photography cameras gained greater commercial success.

Edwin Land (1909–1991), founder of Polaroid Corp. and inventor of instant photography, was at the center of one of the most important technology-related legal battles in U.S. history. According to this dense book about Land's life, which was punctuated by Polaroid's patent war with Kodak, the idea for a camera capable of producing pictures within seconds of being taken came to Land in 1943 when his young daughter expressed disappointment at waiting for images to be developed.

Much is at play in this riveting story, and Fierstein handles it all deftly and with panache. A skilled writer, he lays the foundation with a look at Land’s early life and career. He carefully explains in understandable terms the science and technology behind Land’s inventions and related patents. He provides a balanced view of the relationship between Polaroid and Kodak. And he clearly outlines the legal issues that resulted in a landmark patent case that still resonates today.
A Triumph of Genius spans nearly a century and covers myriad topics. Readers with an interest in business, history, law, photography, science, or technology will find much of interest in these pages. This nuanced, absorbing book reveals a story with lasting implications and enduring lessons. It is as multifaceted as Edwin Land, the reclusive genius, was himself.​

A Triumph of Genius looks at Land’s tireless inventive spirit, which drove him to secure 535 patents during the course of his life, second at the time only to Thomas Edison and Elihu Thomson. It looks at the evolution of photography, an evolution in which Land, a brilliant, reclusive man, was instrumental. It looks at the roles science and technology played in that evolution. It also looks at the business of Polaroid and of Eastman Kodak, both of which were at the forefront of the science, technology, and business of photograph. And, then, it looks at the connection between Polaroid and Kodak and the patent lawsuit that destroyed their relationship.

The Polaroid camera, which to many today is a relic of anachronistic kitsch, was at the time of its invention a true wonder, an awe-inspiring invention that rocked the worlds of science, technology, photography, and business. Polaroid and Edwin Land were in the twentieth century what Apple and Steve Jobs became in the twenty-first.
Ronald Fierstein relates the amazing and captivating story of Land and Polaroid in A Triumph of Genius, which is a work of near genius in its own right. Tightly written and thoroughly researched, this wide-ranging book is a true page-turner, full of tension and emotion.

Fierstein, who as a young lawyer with the law firm of Fish & Neave worked on the “epic patent battle” between Polaroid and Eastman Kodak, provides keen insight into both companies, the people behind them, the inventions that catapulted them to success and fame, and the protracted legal fight that pitted the two companies—once collaborators—against each other.

From the Chicago Book Review:
A review by Kelli Christiansen, April 26, 2015